Sixty-seven percent of the students from six Alliance Districts in Greater Hartford persisted from fall 2021 to spring 2022 in their first year of Capital or Manchester Community College. This figure is not ideal, but still encouraging given the nationwide pandemic-related persistence declines: In fall of 2020, the national community college persistence rate into spring 2021 averaged 58.5%, which represented a 3.5% percentage point drop from the previous year, reports the National Student Clearinghouse Research Center.

Last year, 71% of the Hartford Public Schools graduates who attended CCC or MCC persisted from their first semester in the fall of 2020 to a second semester in the spring of 2021, while this year’s cohort had a 67% persistence rate. (This year was the first time Achieve Hartford offered the College Persistence Program to students from five Hartford-area towns, so there’s no prior-year data.)

The College Persistence Program pairs peer mentors who are upperclassmen from the same college with first-year students to help them acclimate to college. It grew out of a need identified by the ALL IN! Coalition four years ago: CCC and MCC offer a host of support services to help students succeed, including academic, mental health and financial support, but many first-generation students didn’t know about them.

The Coalition launched a small action team, and based on its early results, the program expanded as an Achieve Hartford program. The 2021-22 school year was the first time Achieve Hartford offered peer mentors to students from not just Hartford, but also from Bloomfield, East Hartford, Manchester, Vernon and Windsor who attended CCC or MCC. It helps drive the regional talent pipeline while serving mostly first-generation, low-income students.

For the second year, Achieve Hartford employed peer mentors this spring to continue to work with first-year students during their second semester of college.

“That represented both a mindset shift for us, and also substantial program growth,” says Chris Marcelli, director of programs. The College Persistence Program’s peer mentors work with first-year students to help them stay in college, regardless of the challenges they face.

“It seems like this year, the 2021-22 academic year, students are more accustomed to the radical changes that have come to their educational environment. That said, they’re also more tired of them, and that flagging motivation really exacerbates the challenges of online courses in particular,” Marcelli says. “I think this year we’ve seen fewer students who are lost and confused, but more who are struggling.” This academic year, CCC and MCC have offered a mix of online and in-person classes.

“We were lucky to get some funds from the H. A. Vance Foundation to extend the program into the spring this year, which we hadn’t originally planned. As with last year, we’ve seen a small dip in student engagement in spring compared to the fall, but we’re not worried by that. Frankly, there are some students who get what they need out of the program in the fall, and then by spring they just don’t need us anymore—which is actually great. But we’re still here.”

Peer mentors who are students at the same college continue to formally work with mentees until May 6, continuing to send reminders about class registration and other end-of-the semester tasks. 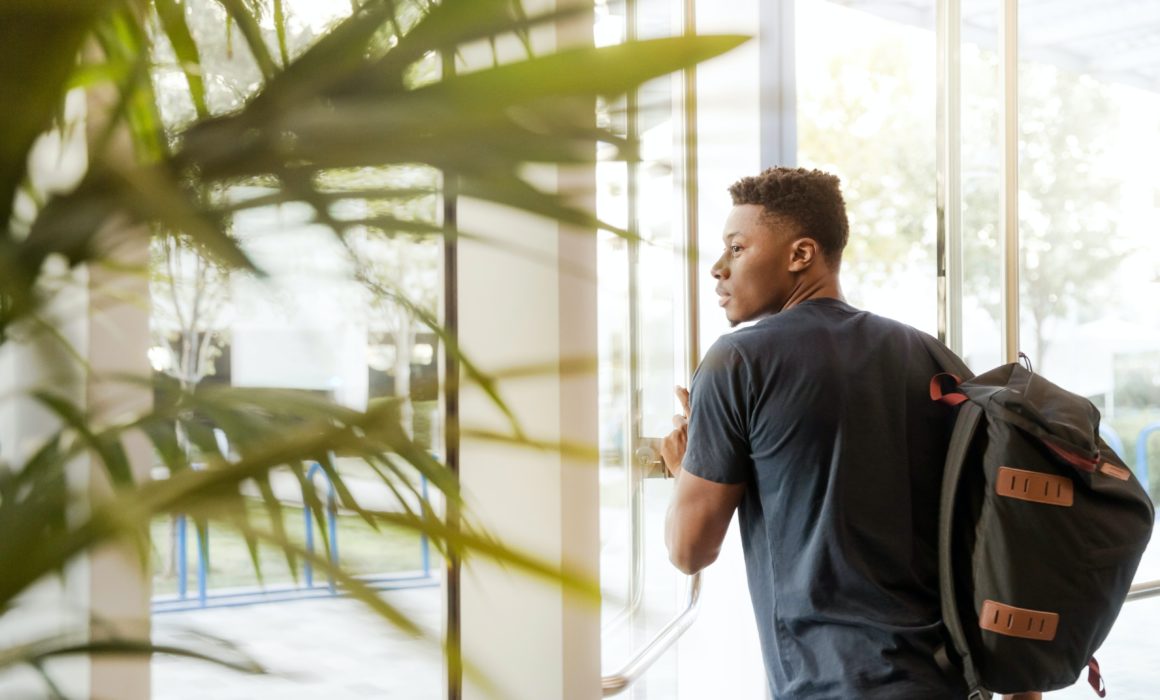 Despite some delays, the ALL IN! Coalition for College and Career Readiness launched the Post-Secondary Planning Program for the Class of 2022 in early April to help 148 Hartford Public Schools seniors form and implement a plan for their lives after graduation.

Last year’s effort to support the seniors disengaged because of COVID-19 led to HPS staff identifying nearly 350 seniors for post-secondary support in the spring. With so many of those students hunkered down at home during the pandemic, the program quickly turned into a city-wide street outreach effort that lasted for months before students could be supported by workshops and planning. Ultimately, 93 seniors who otherwise would not have had a post-secondary plan were helped toward college, trade programs, the military or other career pathway programs that started in the summer, fall, or in some cases, winter.

This year’s goal, once again, is simple: ensure these seniors develop viable plans for a post-secondary career pathway and get all the way to placement. The task, however, is quite difficult, says Paul Diego Holzer, Achieve Hartford executive director and strategic leader of the program. It all starts with building trust in a short amount of time, he says, followed by in-depth planning discussions informed by exposure to real options. And, as we learned last year, support must continue all summer to ensure students land in a career pathway by September.

Thanks to the hard work of HPS guidance counselors and staff, there are far fewer students this year without a post-secondary plan, but still enough to warrant a second year of ALL IN! Coalition support.  Counselors from six high schools identified 148 students on track to graduate but without plans for college or a career with a future after high school.

ReadyCT staff manages the project, and staff from Blue Hills Civic Association, Center for Latino Progress and ReadyCT work with students to provide mentoring, planning and skill-building services through June. These began with weekly one-on-one or small-group meetings between seniors and agency staff members to build trust. Agency and college partners are introducing the seniors to post-secondary options through workshops and detailed plans to help seniors chart their post-secondary pathway.

Also, through June, students will be offered small-group workshops to build work-related skills. From July to September, caring adults will continue to connect weekly with recent graduates through phone calls, texts and/or in-person meetings; students will be placed in productive summer programs and given assistance to overcome barriers to their chosen career pathway so they can start by September.

The ALL IN! Coalition funders have stepped up to support the $159,000 budget, which includes incentives up to $250 for each participating senior. 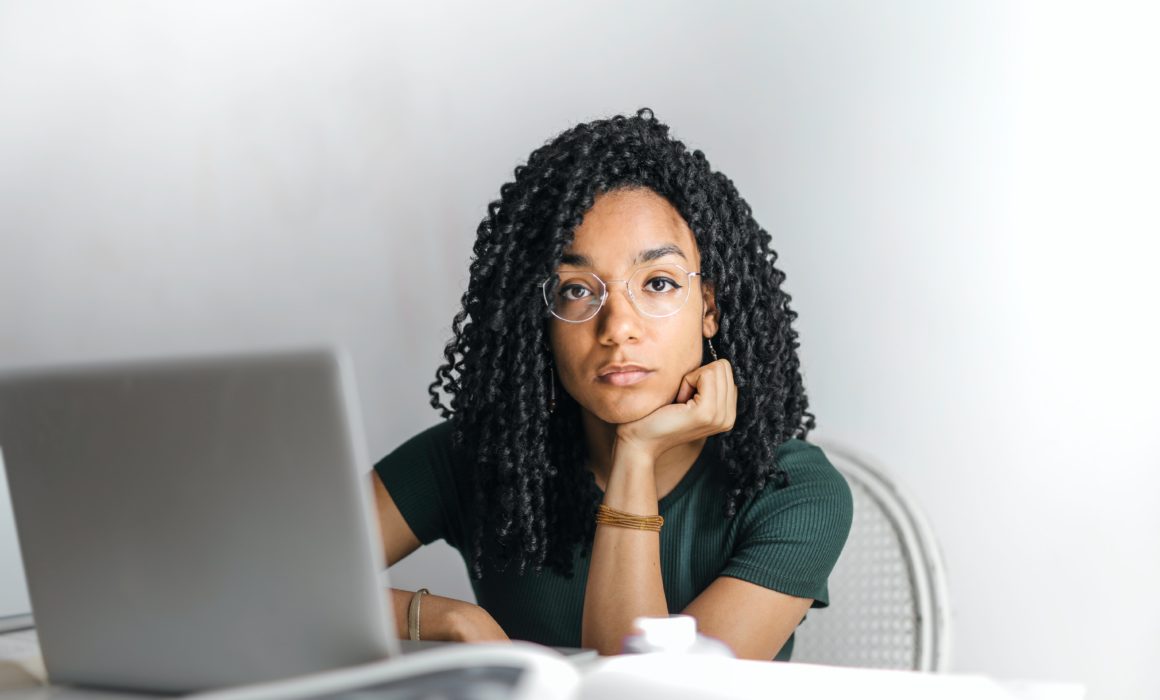 Nationally, undergraduate enrollment fell by 3.1%, or 465,300 students last year, with public, four-year institutions losing the largest number of students (251,400 or -3.8%) compared to the previous year, reports the National Student Clearinghouse Research Center. Continued enrollment losses during the pandemic represent a total two-year decline of 5.1% or 938,000 students since fall 2019, the NSC Research Center reports.

Undergraduate enrollment declined across all institution sectors, with private, for-profit four-year colleges suffering the steepest percentage drop (-11.1% or 65,500 students). Private, nonprofit four-year undergraduate enrollment decreased by 2.2% or 58,700 students in the fall of 2021, the NSC reports. Public institutions (two-year and four-year combined), which enroll three out of every four undergraduates, showed a 3.1% decline, or nearly 398,600 fewer students.

Enrollment for first-year students slipped again, by 2.7% from fall 2020 to fall 2021 and 13.1% since 2019 at all institutions, except for private, nonprofit four-year institutions, the NSC reported.

In January, Jon Marcus, editor of The Hechinger Report, a national nonprofit newsroom which covers education, wrote a piece exploring what the decline in college enrollment means for the country, called, Another million adults ‘have stepped off the path to the middle class.’

The Lumina Foundation presented a webinar in early April: Our Nation’s Enrollment Plunge; Reversing the Trend, with representatives from higher ed, industry, the National Student Clearinghouse, the U.S. Department of education and journalists, including Marcus. The drop in post-secondary education has not only life-long implications for a generation, but for the industries in need of an educated workforce, participants said.

Historically, the longer students are away from college, the less likely they are to return as work and family commitments crowd out education. This phenomenon instills an urgency in the work of Achieve Hartford and the ALL IN! Coalition partners.