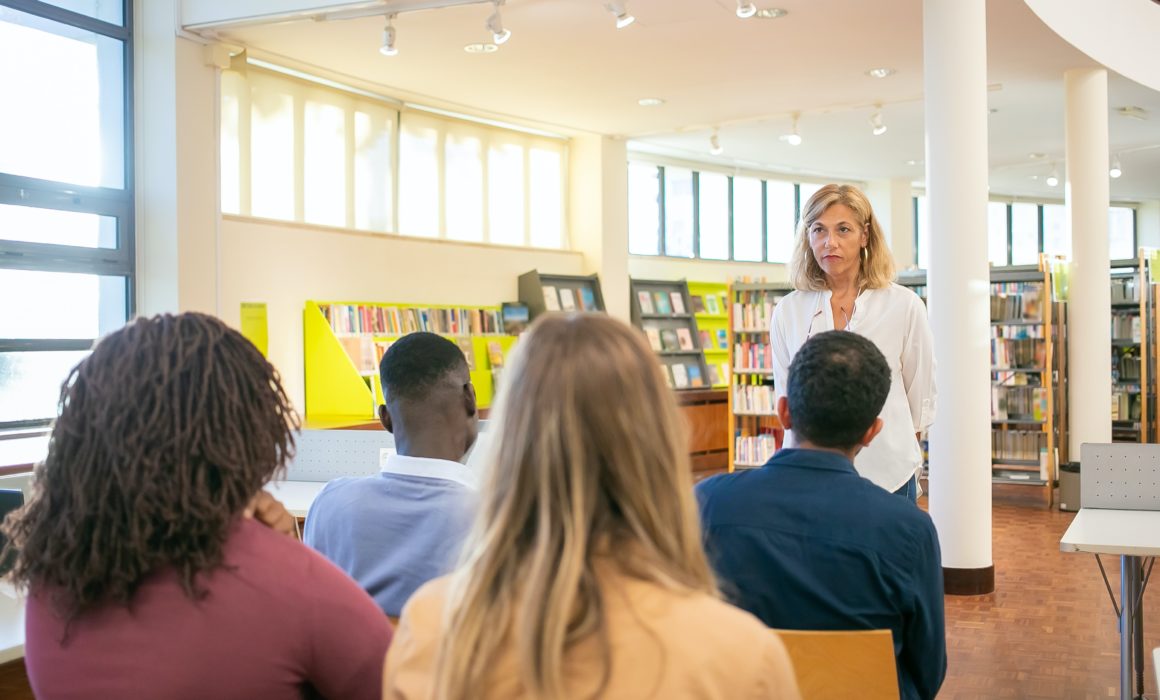 CT State Community College students who enroll in a degree program in Fall 2023 will be required to take a College and Career Success course designed to help them navigate college, develop skills and strategies for success and plan for their futures. Nationally and in Connecticut, community college students struggle to persist and earn a degree, and this evidence-based, three-credit course was designed with an understanding of the challenges students face and how to guide them.

Among first-time, full-time students who enrolled in a CSCU community college between 2011 and 2015, 15% attained a degree or certificate within three years of starting. Connecticut students’ graduation rates fell below the national average (24%) and all other New England states’ community colleges during the same time period, according to CT State, part of the state Department of Education. Historically underserved students face additional barriers to graduation. In Connecticut, only 7% of Black students and 11% of Latinx students, compared with 18% of Asian students and 19% of White students, earned a credential within three years, according to CT State.

Meanwhile, research shows “first-year experience” (FYE) courses must be taken early in a student’s academic career to achieve the highest impact, and all students, even high-performing and transfer students, benefit, according to the state Board of Regent’s College and Career Success (CCS 101) policy recommendation.

In studies of various two- and four-year colleges across the nation, students who enrolled in an FYE course, as compared to similar students who did not, were more likely to:

Students face multiple barriers, such as lack of transportation, financial burdens, mental health challenges and motivation, so there’s “not one answer as to why students may not persist and succeed.  That’s why we’ve implemented different strategies including requiring this course and restructuring advising so that students are guided on a path using a structured and supportive approach,” says Jill Rushbrook, interim coordinator of CCS 101: College & Career Success, Connecticut State Community College.

“There’s no formula for what makes students successful. In my experience, it’s when you connect with a student, care about them, offer customized support and refer them to resources that they uniquely need,” Rushbrook says. “As much as this course is going to be impactful, I still think students will need their Peer Mentor. The most important thing is for students to have go-to people– their Peer Mentor, their advisor, a professor, etc. I think that having those established contacts makes students feel more connected and engaged. One individual may not have all the answers, but they can connect a student to resources. Although a student might hear the same thing more than once from a few people, that isn’t a bad thing and repetition can only help with the learning process.”

For more information, including the research behind this course, go to CT State at https://www.ct.edu/curriculum/ccs 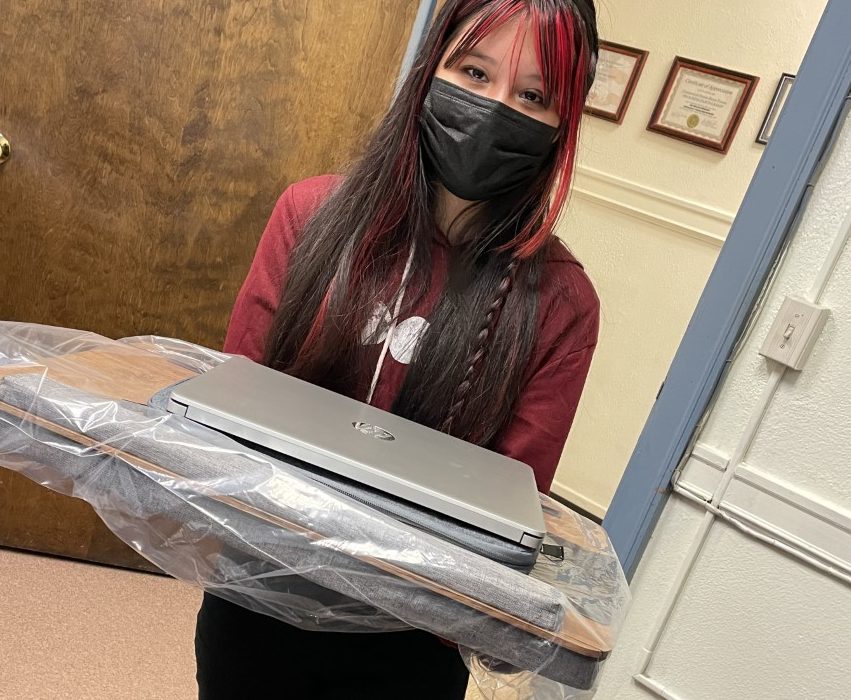 For the 68% of Class of 2022 students enrolled in a program designed to help them with last-minute, post-secondary planning, the community-based organizations (CBOs) executing the program attained their goal of enrolling students in summer placements and college or career in the fall, according to a report prepared by ReadyCT, program coordinator. Yet other factors, including chronic absenteeism and incomplete contact information, meant CBOs’ staff members were only able to engage 38% of the 201 students referred to the program, 77 students, total.

Hartford Public Schools staff referred 201 graduating seniors from the three traditional Hartford high schools and four magnet schools to the ALL IN! Class of 2022 program between March 31 and June 2, providing the names, schools and contact information of students without a plan for what they’d do after high school. This figure represented 165% of the original goal of 122 referrals.

Ultimately, 77 students completed a career-interest profile and enrolled in the program, and 70% of enrolled students (54) participated in at least one type of summer program – an internship, job, summer bridge program to a college or summer youth employment and learning program.  While the majority of the students were from Hartford, a few magnet school students were from New Britain (6), East Hartford (4), West Hartford (3), Bloomfield (2), Newington (1) and Vernon (1).

By the end of the program in mid-September, 68% of participants (52) had been placed in at least one final placement – either a two- or four-year college, a job, paid internship, trade program or “industry recognized credential” program. The students attending traditional high schools largely enrolled at community colleges, and those attending magnet schools were more likely to enroll at four-year colleges. Nearly half of the 52-student cohort were accepted into post-secondary education.

Enrolled students were offered a chance at a $50 gift card to complete a satisfaction survey, and 51% responded.  Most of the 39 respondents said the program and staff helped them achieve their goals, and all respondents said they had completed their goals or were working on them. The respondents were permitted to give multiple reasons for joining the Class of 2022 program, and “for support with securing employment or seeking advice on launching their careers” was, by far, the top reason chosen.

“Despite extraordinary efforts by the staff of Blue Hills Civic Association, Center for Latino Progress and ReadyCT to reach students to offer this guidance, 20 students declined and 104 couldn’t be reached,” says Paul Diego Holzer, executive director of Achieve Hartford, which led the fundraising effort to fund the program. “While we wish we could have served more students, we’re thrilled we were able to help 68% of enrolled students. This last-minute emergency intervention potentially changed the trajectory of these students’ lives.”

This Coalition effort wouldn’t have been possible without these funders, to whom we’re grateful: the Travelers Foundation, the Hartford Foundation for Public Giving, The Hartford, the H.A. Vance Foundation, Social Venture Partners, Liberty Bank, the Elizabeth Carse Foundation and Brown Rudnick.  Not only could these students get high-touch support, but some of them even got access to laptops for college and other supports. This was truly a moment for the “village” to rally around its high school graduates. 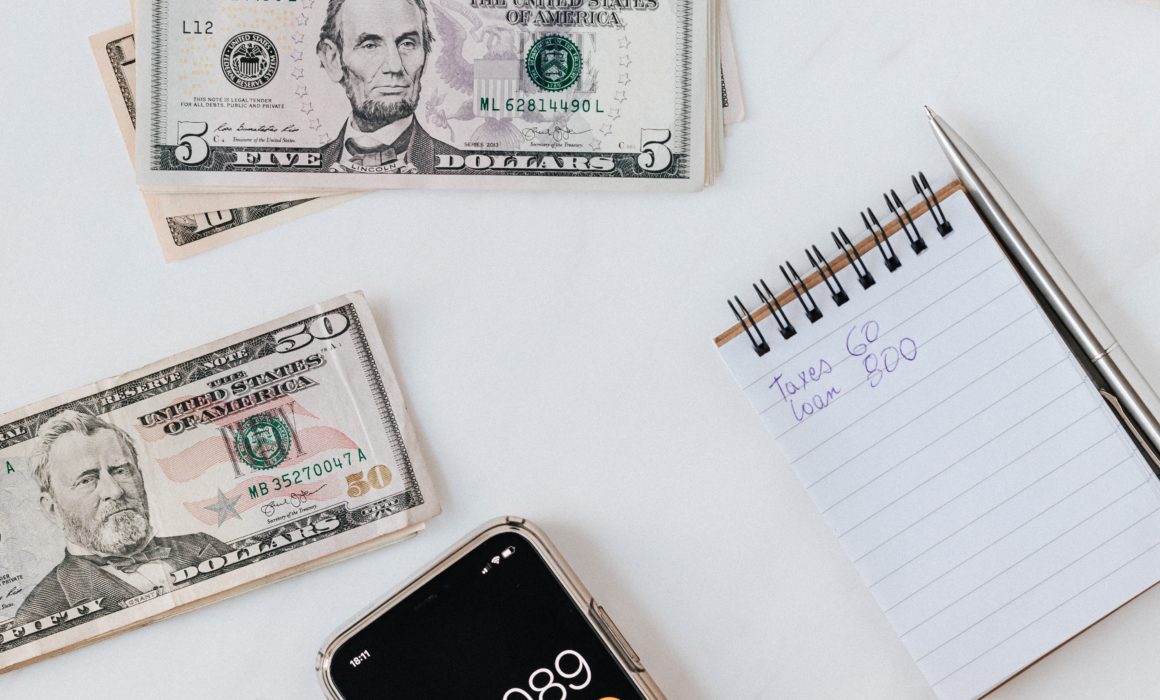 About 454,200 Connecticut borrowers are eligible for at least $10,000 in federal student loan relief implemented under President Joe Biden’s loan forgiveness plan, according to state-by-state data released in September by the White House. Some 52% (238,200) of those borrowers received Pell Grants.

Nationwide, more than 38 million people qualify for loan forgiveness, according to the U.S. Department of Education. Nearly 90% of relief will go to borrowers earning less than $75,000 a year, according to the White House statement. Nearly 71% of Black and 65% of Latinx undergraduate borrowers are Pell Grant recipients.

With the state’s PACT program, community college tuition for eligible first-time college students has been free since 2020. Students must be graduates of Connecticut schools and meet enrollment standards to qualify.

Nonetheless, nearly 13% of Connecticut’s residents qualify for debt relief under the student loan forgiveness plan. The state’s borrowers carry a collective $17.5 billion in student debt, according to the Education Data Initiative. The average student loan debt in the state is $35,162, and 57% of those with student loan debt are under 35 years old.