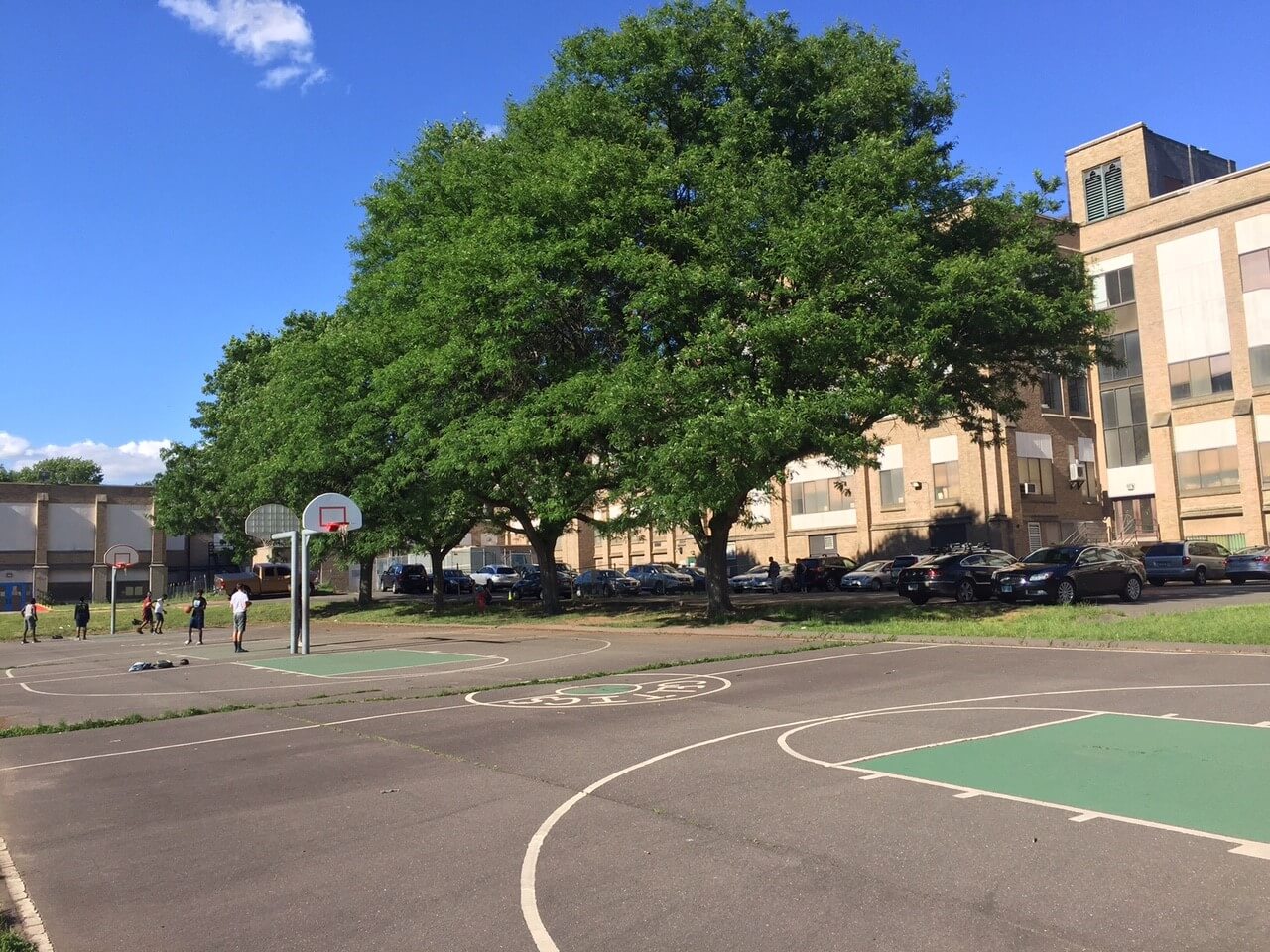 The Hartford Board of Education voted Tuesday evening to approve revised educational specifications that, in conjunction with State and City support, stand to revive the original Weaver High School, now Martin Luther King, Jr., School, as a combination Middle (Grades 6-8) and Pre-K-5 magnet school.  The key developments are a major physical renovation, unattended since 1924 – and co-location of the Breakthrough II Magnet School, intended to spur the long-postponed funding for this giant fixer-upper.

A question haunting too many cities in this country is why schools and boulevards named for Dr. King always seem to hunker in the back of the budget bus.  If Dr. King went to jail for civil and voting rights and then was assassinated (with so many others), how is it that his legacy isn’t a more proud reminder?

The back of the budget bus is where MLK on Ridgefield Avenue has been situated for way too long; unmitigated vermin and mold (as well as crumbling entry ways) insult children and staff and send a negative signal to the entire school community.  “When our kids come to a building and things don’t work,” Board Member Juan Hernandez advised, “it causes children to question their self-worth.”  That’s exactly why any further delays would be unconscionable.

Here are some highlights of the discussion of the new educational specifications (the video is here), plus the Courant coverage yesterday.  The Board voted 7-0 (with Board Members Robert Cotto, Jr., and Karen Taylor not present) right in the aging auditorium of the vast, and out-of-Band-Aids MLK building – to finally get around to upgrading it:

The trajectory of Hartford’s Dr. King school transformation has been a death spiral … but now may be hopeful.  The original Bulkeley High School, now the M.D. Fox School on Maple Avenue, was a similarly decaying structure until renovated; it’s now one of the most beautiful schools in the city.  The MLK school is similar: gigantic, architecturally significant; and left for a long time in serious disrepair.

Honoring Hartford children – and posthumously Dr. King – by making this building an inspiration to children and families, would be a great triumph for this City and State.  We can’t again punt or drop the ball.