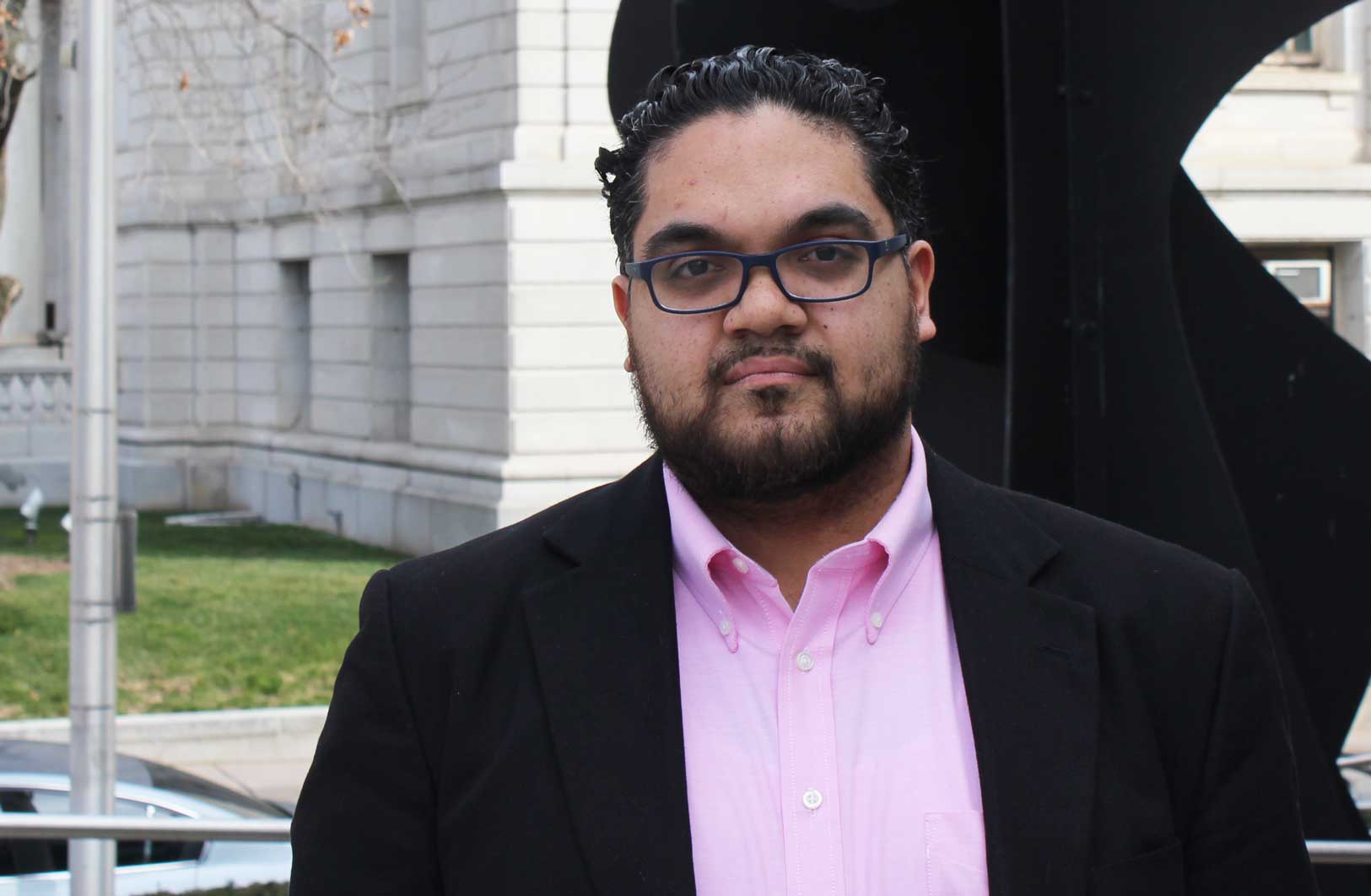 Juan Hernandez came to Hartford from a far NE Chicago neighborhood, where he earned his chops at an innovative high school – and vaulted into a Posse Foundation leadership scholarship to come to Trinity College in downtown Hartford.  Now, about to turn 26 years old, he is on our Board of Education.  Who is he – and what does he bring to the game?

No games with this guy.  He’s a scholar, like we hope our students might want to be.

Undergraduate and master’s degrees at Trinity, done.  Now heading to the University of Hartford for a doctorate, to dig even deeper into his passionate research, on why Black and Latino men don’t graduate from college.  This is a problem our society has not yet been able to address … but warrants real solutions.

He got to know the neighborhoods while working for City Council officials Shawn Wooden and Glendowlyn Thames, through attendance at NRZ and other community meetings and also currently serves on the superintendent search committee.

Now director of the Myatt Center for Diversity and Inclusion at the University of New Haven, Board Member Hernandez commutes from Hartford.  In his past work, staffing Hartford City Council members since 2015, he learned the city’s neighborhoods, heard the citizen (and non-citizen) concerns, and gleaned a fine-grained knowledge of both the youth and priority issues facing our city.

Here are some indicators of his views, as expressed in an interview Tuesday:

Board Member Hernandez, at this time, is “pretty sure” he will run in the fall for the vacated seat to which he has been appointed.  “I don’t know if nine months is enough to get things done,” he said, thinking about taking this temporary appointment forward.

Some of his most important concerns, Board Member Hernandez also said, relate to the special needs and English Language Learner students he has known so well, coming out of his social-justice themed, 97 percent Black high school in Chicago.

He believes academic achievement stems not from assessment, but from the highest-quality teaching and learning, yielding growth.  Moreover, he recommends culturally-committed reforms, recalling the special education and English Language Learner students from his high school – and now highlighted by the Office of Child Advocate report regarding abuse and neglect in Hartford schools.  The legacy of mistrust he has observed in Hartford, he says, could delay progress for years, if unattended.  He asks good questions:

These are good questions from our newest Board member – questions that many others on the Board, in the District, and among parents and community members, are asking as well.