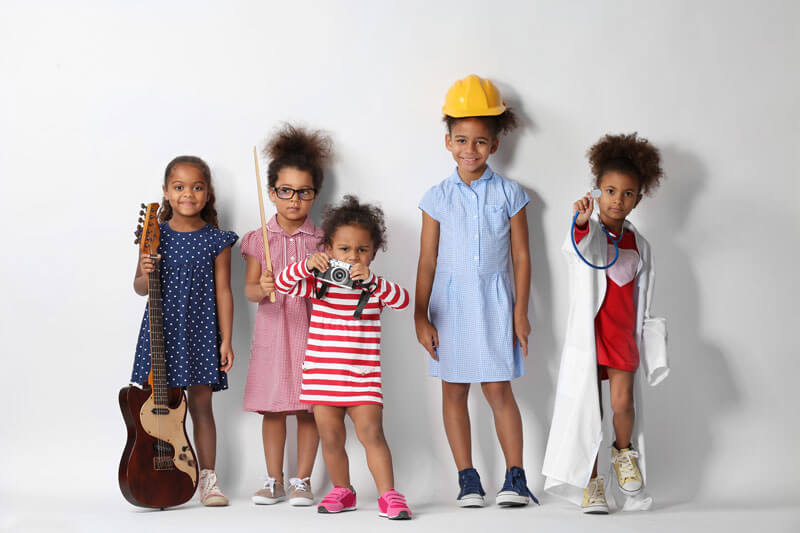 A few months ago, we released this report on Hartford’s SBAC results for the 2015-16 school year, summarizing the proficiency results of Hartford students by grade and school, with a district-wide comparison to peer districts. At the time, we also did a basic cohort growth analysis and now the State Department of Education (SDE) has released its own, using a robust statistical model—with some surprising results.

This growth model sets achievable growth targets for each student’s SBAC scores based on their scores in the previous year, rather than expecting students at very low proficiency to abruptly attain high proficiency. This enables us to answer a very important question: Regardless of what population of students a district or school has, how much progress are those students making over time? In this way, growth results offer a much clearer picture of how well districts and individual schools are educating their students.

Some of the patterns revealed by these results are unexpected. Our full report can be accessed here; below are a couple of selected findings. 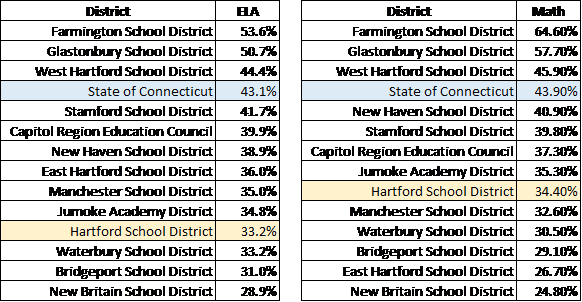 Second, we see something similar in the district comparisons. For example, East Hartford had much worse Math growth outcomes than Hartford, despite having much better proficiency outcomes. Statewide, the two top performers are Trumbull and North Haven, which both have growth rates just under 70% for both subjects. Among our comparison group, Farmington ranks first in both ELA and Math growth (53.6% and 64.6%, respectively). Read more on Hartford students’ growth results.

The state’s new growth model offers a new and valuable perspective on performance. Thanks to the growth model, we can see that proficiency rates in districts and individual schools do not necessarily reflect how much progress students are making there.

Nevertheless, the proficiency rates are still evidence of a very real achievement gap – one which Hartford can never close with our growth rates. The only way for our students to catch up by the time they leave high school is to have a growth rate that exceeds the suburbs. That must be the standard.